by Jim the Realtor | Nov 20, 2018 | Jim's Take on the Market, Listing Agent Practices, Market Conditions, Realtor, Why You Should List With Jim | 16 comments 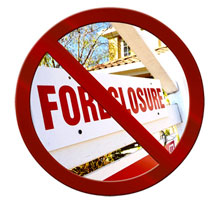 There aren’t enough homeowners who will sell for today’s market value.  If prices drop, wouldn’t there be fewer homeowners interested in selling?

Probably – unless there was a panic.

Some think it would be the recent home buyers – they were the ones who paid too much, and would panic to get out while they could before losing money.  But this isn’t the stock market – they bought a home for the long-term, and like we saw during the last crisis, people don’t sell just because they are underwater – or heading that way.  They have to live somewhere, and they will hunker down.

It’s the long-time homeowners who could sell for substantially less, because they have a boatload of equity.  If they had to dump on price to sell their home, they could do it, and still make out fine.  But would they?

Will baby boomers wreck the future one more time?

We see articles claiming that 40% of boomers are broke or close, and they all can’t be renters.  But for long-time owners to finally capitulate and dump on price in a panic, other things would have to happen:

Need the money?  They need to live some place too, and does anyone really want to move to Hemet?  Selling the long-time homestead and renting doesn’t sound desirable either.  But if older folks can cash out by selling the house and move in with their kids, they might do it – but do the kids want them?  It’s more likely that the aging will stay put, and have nurses live-in or visit, if for no other reason than to avoid the capital-gains tax on profits over $500,000.

Somebody else needs to go first – and it will take a few lower sales nearby to make it obvious that it’s time to panic.  Denial is more than a river in Egypt!

Previously there were real estate cycles.  In the 2000s, the exotic financing stretched out the up-cycle, but then the reversion was shorter than usual too – just a couple of years.  Why?  THEY CHANGED THE RULES, and stopped foreclosing.  This is the key fact – lenders always led the previous down cycles by dumping REOs for whatever they could get, and sucking down home values for all.  But now banks don’t have to foreclose on defaulters, let alone dump houses for whatever the market will bear.  Without banks being the catalyst to start the dumping, who else will do it?

Realtors could get the party started by telling sellers to dump and run.  But in reality, it works in the other direction.  Somewhat-desperate sellers would rather shop around for a realtor who will take the listing at their lofty price, than believe they’d have to sacrifice their hard-earned equity (not!) just to sell.  Desperation is so high among realtors that it’s not hard to find one who will take a listing with a price based on comps +10%.  For most agents, that’s all they’ve ever known, and they don’t read blogs.

Bottom Line: There may be a slew of negative soundbites, but unless homeowners see panic happening right around them, they won’t believe it.  Real estate ignorance is bliss!