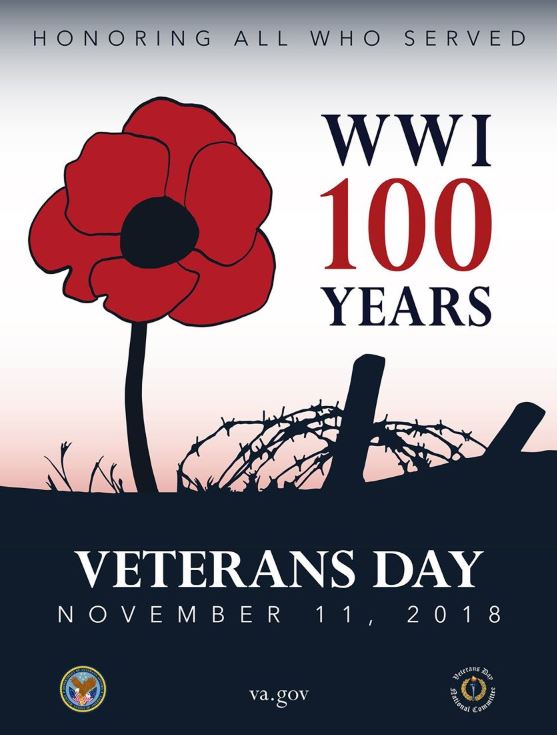 November 11, 1918 is generally considered the end of World War I.

On the 11th hour of the 11th day, of the 11th month, the battlefields of Europe fell silent after more than four years of fighting. In 1938, Congress declared Armistice Day a holiday, and, in 1954, the name changed to Veterans Day to honor the veterans.

Veterans Day is the day set aside to thank and honor living veterans who served honorably in the military – in wartime or peacetime.