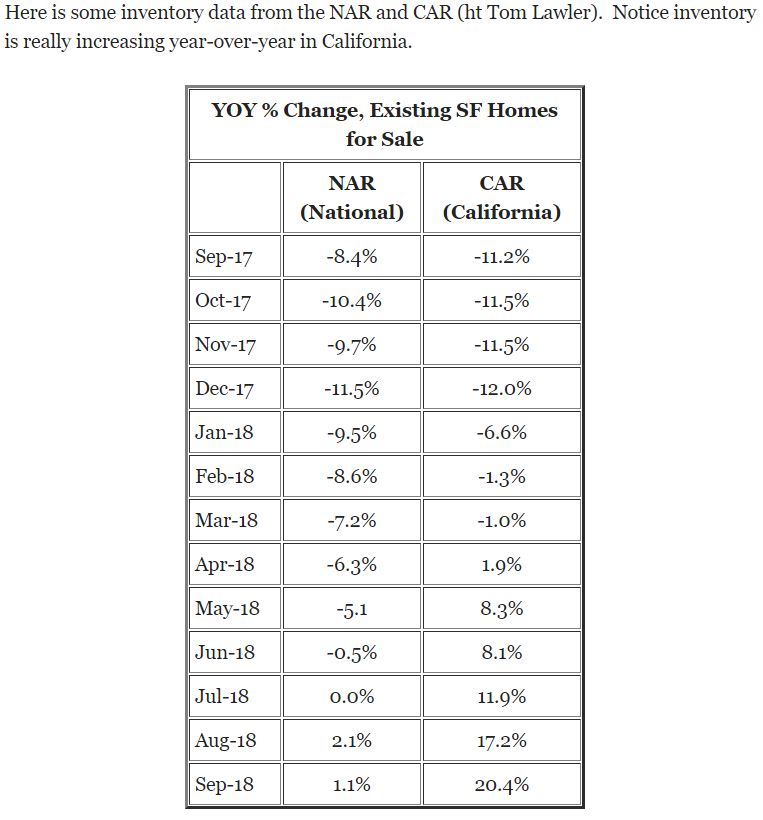 Yesterday, Bill featured the C.A.R. release about September sales that included the president’s comment that buyers are ‘self-sidelining’ in anticipation of lower prices ahead.  White included his obligatory blame on the tax reform, which he was so adamantly against even though his case was based on faulty evidence – and it passed anyway.

Bill also included the chart above that showed inventory explosion in CA:

Let’s review our NSDCC stats to see how we are behaving:

Our current NSDCC inventory is 25% higher than last year, but it just highlights what a great year we had in 2017 – when the TL/TS ratio was similar to the full-tilt frenzy we had in 2013.

This year looks a lot like the more-normal years of 2014-2016, when the sledding was much tougher.  As long as our current stats are staying in-line with previous years, we should be fine.

Expect more of the same – buying and selling homes is going to be difficult.