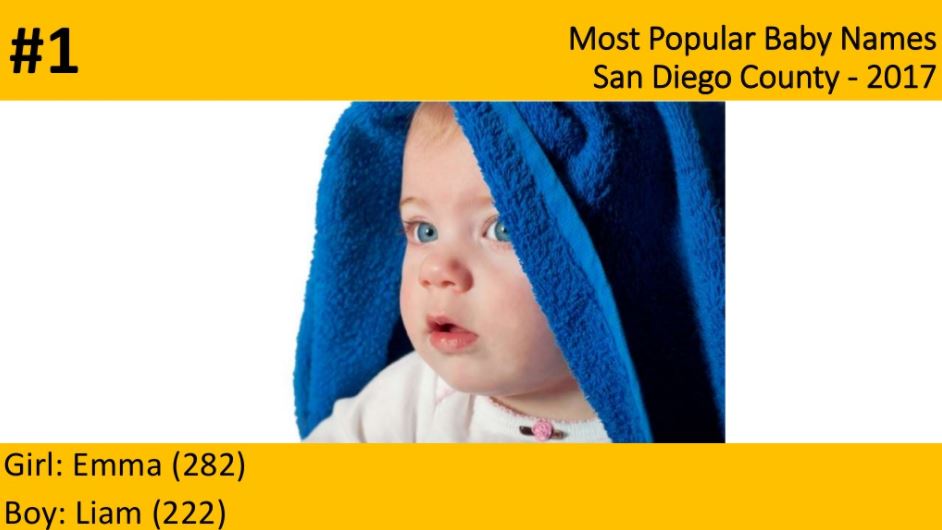 Emma for the second year in a row!  I think Sophia/Sofia got robbed on a technicality though!  Last year’s #1 boy name was Noah, and Liam was #2. The ratio of boys to girls is close: 51/49:

The County Health and Human Services Agency records all births in the region. Last year, a total of 43,942 babies were born in San Diego County: 22,488 boys and 21,454 girls.

Need another reason to buy a home?  Population growth!

Where are we all going to live?  Owning a home is the best way to lock down your housing costs, but how hard is buying a home going to be in the future?

The population of San Diego County is around 3,350,000 people, and we have 728,790 houses and condos – or about 4.5 people for each individually-owned home. But the average population per household is 2.0 today, so roughly 2.5 people are renting.

Whether by new births or in-bound movers, San Diego County is expected to grow substantially.  From the county’s website:

According to SANDAG, between 2012 and 2050, the San Diego region is expected to grow by nearly 1 million people, and SANDAG states this growth in population will drive job growth and housing demand within the region — adding 460,000 jobs and more than 325,000 housing units (SANDAG 2015). Further, according to RHNA’s fifth housing element cycle (January 1, 2013 to December 31, 2020; an 8-year period), the County’s land use plan provides housing capacity to meet the fifth cycle’s RHNA estimate for the San Diego region of 22,412 residential units (County of San Diego 2016).

Prices may fluctuate, but the competition between buyers is here to stay.