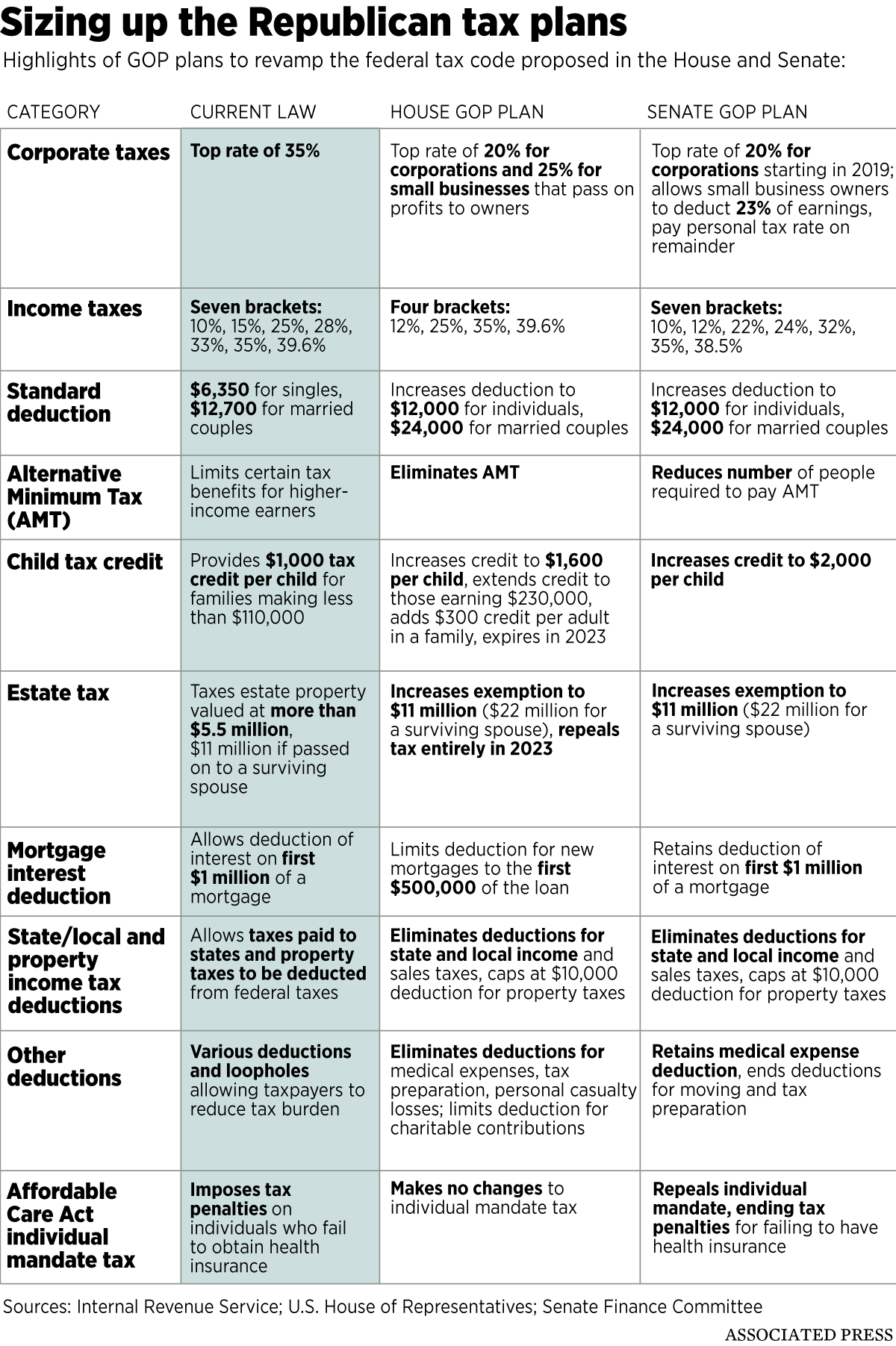 The Senate’s version of the tax reform bill didn’t include any changes to the mortgage-interest deduction, which keeps the limit at mortgages under $1,000,000.  But the House limit was $500,000, and they still have to reconcile the two versions, so it’s not done yet.

The ability to deduct property taxes up to $10,000 was included at the last minute by the senators.

The 2-out-of-5 year residence requirement to avoid taxes on profits from selling your home will be changing to 5-out-of-8 years, but the effective date isn’t exactly clear yet.  The Senate version included any sales contract signed in 2017 would qualify, even if they close in 2018, but we’ll see about the final reconciled version – which should come in the next couple of days.

The N.A.R. should declare victory, and assure us that our property values won’t be going down 10% to 15% now.