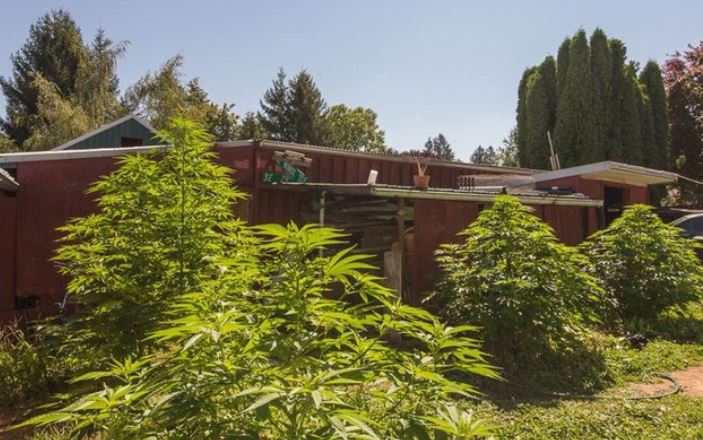 How much longer before we see cannabis in our listings?

A horse in a kitchen. A dog posing in the bathtub. A blowup doll in clothes sprawled out on the floor. A basement S&M dungeon. Nude photographs decorating walls, and stripper poles. Estately has seen a lot in the listings on its real estate website.

Yet, the index for homes from the Multiple Listing Service (MLS) found a recent house listing in Portland, with its visible marijuana plants, especially “hilarious.” It’s right in the middle of the City of Portland.

“At first I thought, ‘Oh, no! Oh, my goodness please don’t let that be the wacky tobacky that I was warned about,” Ryan Nickum, Estately marketing manager, said. “‘Please don’t allow this to be the evil marijuana lurking in this wholesome family home?’”

But, then, he remembered that it’s the year 2016 and it’s actually quite legal for Oregon homeowners to possess a handful of pot plants. “So it’s really not unlike coming across someone’s home brew operation,” he noted.

Estately has seen marijuana related items in its listings before. “We’ve seen bongs on shelves or tables occasionally in photos of homes for sale, and we’ve definitely seen some sizable greenhouses that hinted at marijuana production, but only recently have we seen actual plants appearing in listings,” Mr. Nickum said.

Not much has changed for Estately since recreational marijuana became legal in the states of Washington and Oregon – except the website did add a ‘Weed Score’ feature to its real estate search options, which would allow home buyers to see how close homes for sale are from dispensaries and other businesses that would be of use to cannabis enthusiasts.

Estately operates in numerous states, including Washington, Oregon, where medical or recreational marijuana is legal. Mr. Nickum thinks the marijuana plants in the photos could even be a selling point of the properties.

“The fact that the real estate agent didn’t remove the plants and even prominently photographed them would lead one to believe that some sizable pot plants in the yard are a selling point for the house,”  Mr. Nickum said. “And that’s really no surprise because we’re talking about Oregon here, a state where real estate agents frequently price houses at $420,000.”

Mr. Nickum’s only concern is neighbors climbing the fence to help themselves to the plants. “And I’m sure potential buyers will want to know whether the plants will still be there when they buy the house. It could turn into a negotiating tool. ‘We’d be willing to waive the home inspection in exchange for leaving the landscaping in the backyard.’”

If Pho-town is 30% yoy by June then yippie-kay-yay but I predict that San Diego beats them by then. I sold a SD house yesterday that was priced at full-retail for $178k over list.