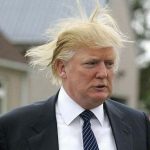 If the Republicans sweep in November, Fannie/Freddie will be under siege – but it’s very unlikely that they would go away.  If they did, it would cause the big banks to dominate mortgage lending, leading to that Too Big To Fail thingy.

Lost amid the uproar over Melania Trump’s supposed plagiarism of Michelle Obama on Monday night, the Republican Party actually conducted some official party business during the first night of its convention, when it approved its 2016 party platform.

And if the Republican Party sweeps November’s elections, the world of housing finance could be in for some significant changes, as the 2016 Republican Party platform calls for seriously cutting the government’s role in housing, potentially abolishing the Consumer Financial Protection Bureau and ending the use of disparate impact to enforce fair lending laws.

According to the Republican Party platform, which can be read in full here, one of the GOP’s goals for 2016 and beyond is to “advance responsible homeownership while guarding against the abuses that led to the housing collapse.”

The GOP platform states that the party believes in the importance of homeownership and wants to do more to help more people achieve it.

“Homeownership expands personal liberty, builds communities, and helps Americans create wealth. ‘The American Dream’ is not a stale slogan. It is the lived reality that expresses the aspirations of all our people,” the Republican Party platform states. “It means a decent place to live, a safe place to raise kids, a welcoming place to retire. It bespeaks the quiet pride of those who work hard to shelter their family and, in the process, create caring neighborhoods.”

And to return to healthier levels of homeownership, instead of the current near-record lows, more needs to be done, but not by the government, the Republican Party argues.

According to the Republicans, the government has already done more than enough.

“The Great Recession devastated the housing market. U.S. taxpayers paid billions to rescue Freddie Mac and Fannie Mae, the latter managed and controlled by senior officials from the Carter and Clinton Administrations, and to cover the losses of the poorly-managed Federal Housing Administration,” the Republican platform states. “Millions lost their homes, millions more lost value in their homes.”

To remedy this problem, the Republican Party believes the government should play far less of a role in housing than it does currently.

“We must scale back the federal role in the housing market, promote responsibility on the part of borrowers and lenders and avoid future taxpayer bailouts,” the Republican platform states.

“Reforms should provide clear and prudent underwriting standards and guidelines on predatory lending and acceptable lending practices,” the platform continues. “Compliance with regulatory standards should constitute a legal safe harbor to guard against opportunistic litigation by trial lawyers.”

The Republicans also call for a “comprehensive” review of federal regulations, “especially those dealing with the environment,” that make it “harder and more costly for Americans to rent, buy, or sell homes.”

But much of the Republican animus towards the government’s (and the Democrats’) role in housing is centered on the ongoing conservatorship of Fannie Mae and Freddie Mac.

“For nine years, Fannie Mae and Freddie Mac have been in conservatorship and the current Administration and Democrats have prevented any effort to reform them,” the platform states.

“Their corrupt business model lets shareholders and executives reap huge profits while the taxpayers cover all losses,” the Republicans continue. “The utility of both agencies should be reconsidered as a Republican administration clears away the jumble of subsidies and controls that complicate and distort home buying.”

The Republicans also call for the FHA to end its “support” of “high-income individuals,” and state that the public “should not be financially exposed by risks taken by FHA officials.”

The Republicans also state that they will “end the government mandates that required Fannie Mae, Freddie Mac, and federally insured banks to satisfy lending quotas to specific groups,” adding that “discrimination should have no place in the mortgage industry.”

The Republicans also state their opposition to the Obama Administration’s Affirmatively Furthering Fair Housing program, which the administration heavily touted last year as a way to ensure that all children are given a “fair shot.”

The Republicans argue that the Affirmatively Furthering Fair Housing program is an attempt by the government to “seize control” of the zoning process away from local governments.

(“The Affirmatively Furthering Fair Housing program) threatens to undermine zoning laws in order to socially engineer every community in the country,” the Republicans state. “While the federal government has a legitimate role in enforcing non-discrimination laws, this regulation has nothing to do with proven or alleged discrimination and everything to do with hostility to the self-government of citizens.”

Part of that plan involves changing the structure of the Consumer Financial Protection Bureau to replace the agency’s director, a position currently filled by Richard Cordray, with a bipartisan commission and changing the CFPB’s funding mechanism to bring the agency’s budget under Congressional oversight.