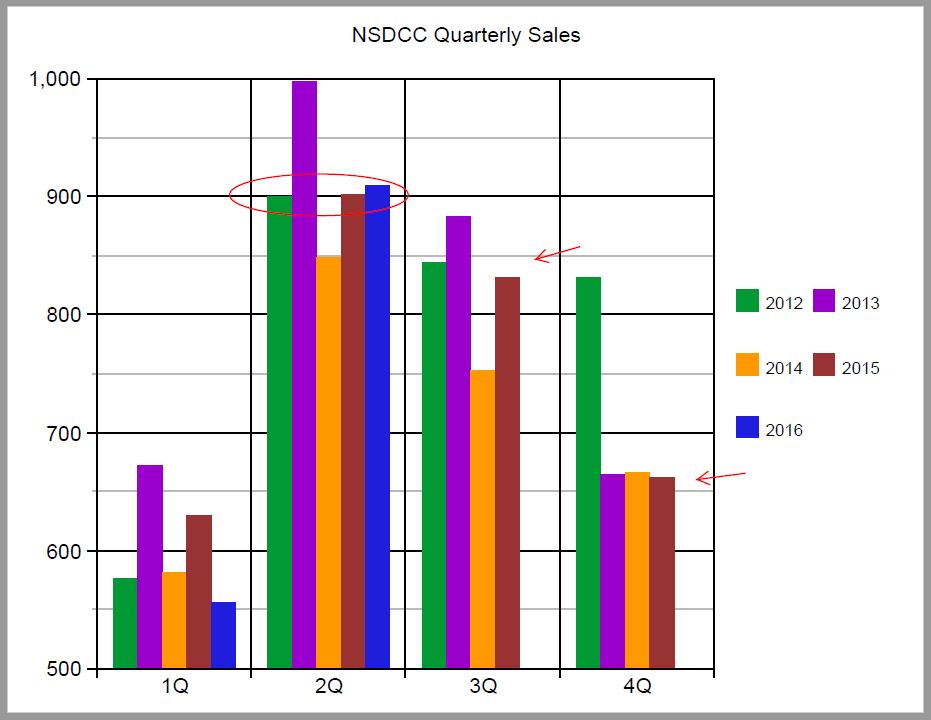 The rest of the year is shaping up quite nicely – if all that matters are stats.

We had similar second-quarter counts in both 2012 and 2015 as we did this year, and in both years the 3Q counts dropped off about the same (845 and 832).  With the attractive mortgage rates we should at least equal, and hopefully do a little better?  Let’s predict 850 NSDCC sales for the third quarter of 2016.

The last 3 fourth quarters have been almost identical – sales counts in the 660s.

Today we have 416 pendings.

What needs to happen to ensure a vibrant second half of 2016?

Even if they did lower the price, it won’t be by much.  Mid-summer is here, and buyers have more permission. It’s not April any more!