We’re wrapping up the month of May today, and the spring selling season.  Oh yes, there will still be plenty of blue sky ahead….until there isn’t.

The NSDCC closed sales this month are looking like they will exceed last year’s total for May – which was 287 sales.

There have been 280 closings so far this month, and we should get up to 300 over the next week or two.

This chart of pending listings by price range gives us a glimpse of what to expect for sales closing this summer: 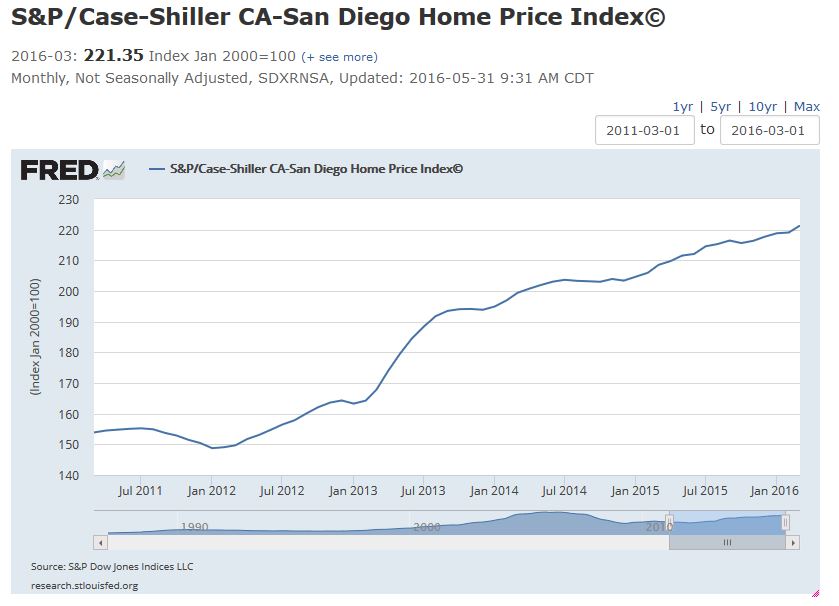 The March reading of the local Case-Shiller Index rose 1% month-over-month. As the index starts reflecting the ‘season’, it will probably show higher velocity over the next few months.

Even the high-tier was cooking – it also rose 1% month-over-month! But it has been fairly flat over the last year, so it was probably overdue. 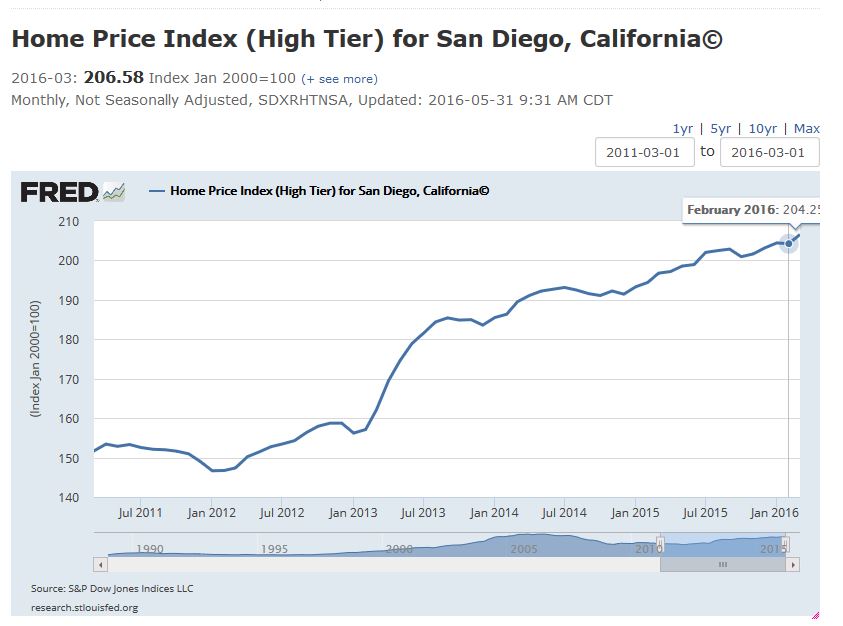 All gave some, some gave all – THANK YOU! 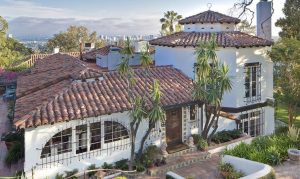 We had 83 new pendings this week, which is the highest weekly total in a year.

This is the peak of the season!

END_OF_DOCUMENT_TOKEN_TO_BE_REPLACED 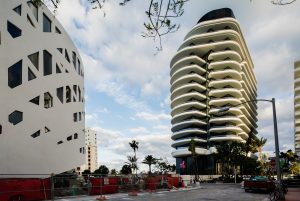 Here is a hyper-example of how a boom unravels – first there is an extended stagnation because sellers don’t believe it, and besides, they’re not going to give it away. But their unwillingness to sell for what the market will bear only emboldens the buyers to wait longer.

Thankfully, we only have 6,507 houses and condos for sale in a county of more than 3.2 million people!

Miami’s crop of new condo towers, built with big deposits from Latin American buyers and lots of marketing glitz, are opening with many owners heading for the exits.

A third of the units in some newly built high-rises are back on the market, though most are listed for more than their owners paid in the pre-construction phase. At the current sales pace, it would take 29 months to sell the 3,397 condominiums available in the downtown area, according to South Florida development tracker CraneSpotters.com.

With the U.S. dollar strong, South American investors who piled into the downtown Miami market after the real estate crash are now trying to unload their recently built condos, adding inventory to an area where 8,000 units are under construction and nine towers were completed since the end of 2013. Some are offering homes at a loss as demand cools. Condo purchases from January through April slid 25 percent from a year earlier, while the average price fell 6 percent on a per-square-foot basis, CraneSpotters data show.

“The problem is that investors are no longer buying, and now they’re going to be looking to sell,” said Jack McCabe, a housing consultant based in Deerfield Beach, Florida. “And what buyers are going to replace those other than vulture buyers looking for deals?” 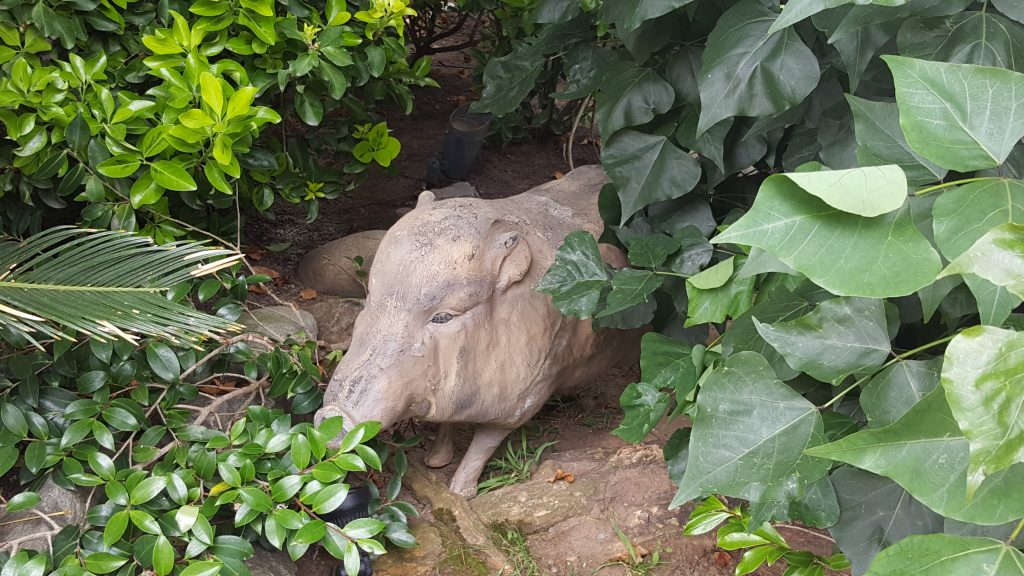 The other (real) side of the glamorous real estate business: 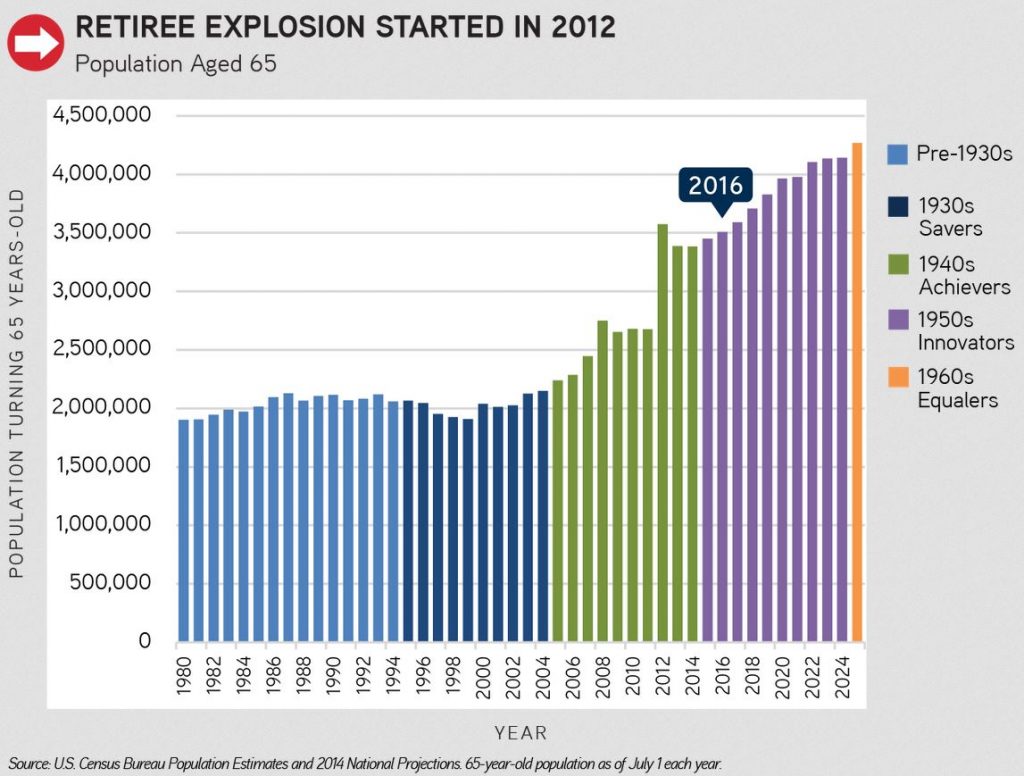 From our friends at John Burns Real Estate Consulting:

Tomorrow’s retirees will completely transform the housing industry. We have done a tremendous amount of research on this group, all of whom were born in the 1950s. We call them the Innovators because they have created so many innovations throughout their lives. They are:

All of these factors above will play into the Innovators’ next housing move. They will:

The chart above comes from our upcoming book The Big Shifts Ahead: Demographic Clarity for Businesses and shows how dramatic the retirement surge has been recently—and will be in the future.

Here’s an original-looking house from 1974 on three acres which look mostly unusable. But this is a decent deal for those who would rebuild – just tear the house down and build a new one 30 feet back from the slope and create an instant backyard!