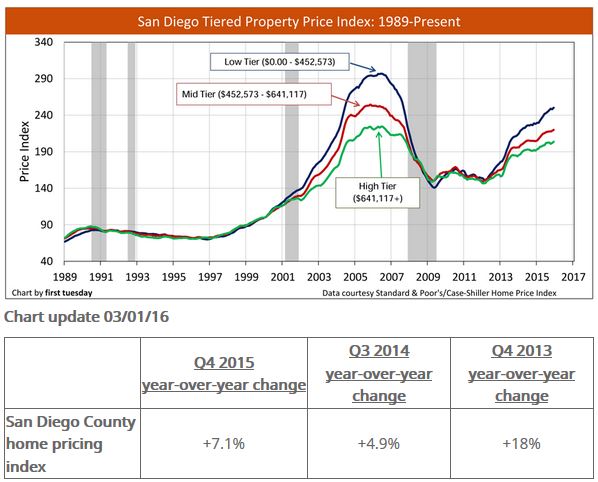 Love these guys who predict future declines in pricing with such certainty:

The price of low-tier housing in San Diego County skyrocketed after the latter half of 2012, peaking in Q3 2014 and leveling off after. 2015 experienced another, more moderate price increase. This is likely due to the boost given by decreased mortgage rates throughout 2015.

Lower mortgage rates free up more of a buyer’s monthly mortgage payment to put towards a bigger principal. Thus, San Diego’s high home prices continue to find fuel — not from speculators as in 2012-2014 — but from increased buyer purchasing power.