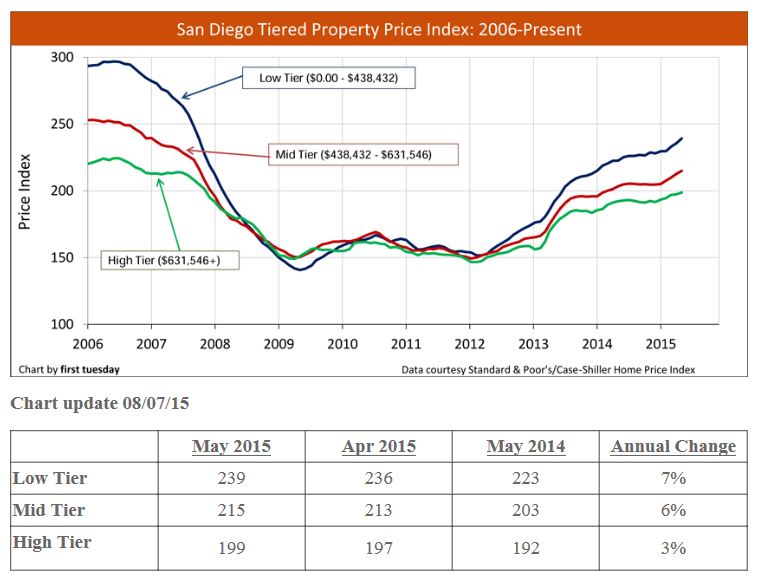 2013, first half: Full tilt boogie, prices going up as fast as they can.

2015: Rates dip under 4% to begin the spring selling season, sparking a rally.

If the Fed does raise a rate this year, it won’t be much – maybe 0.25%. We will survive a similar bump in mortgage rates, and it might be a relief for it to have finally happened.