It’s hard to imagine a better run than this, because it seemed fairly orderly while it was happening. Back in 2003-2004 it was out of control:

A month ago, Zillow predicted that June’s 20-city national index would be 12.1% – and they hit it on the money. LINK HERE 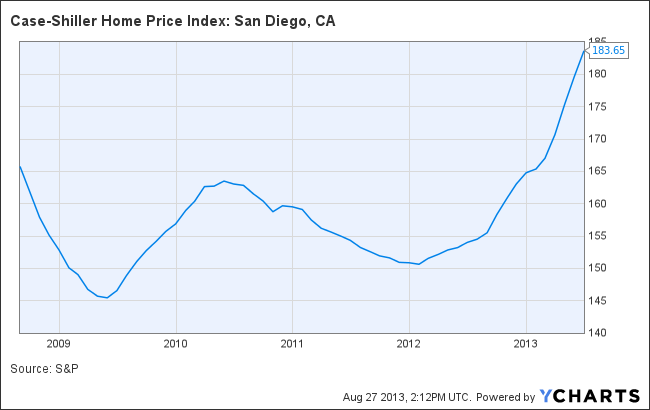 With the shine off the frenzy, listing agents will be more inclined to bluff about the number of competing offers in order to build urgency – and to procure a higher-priced sale.

How do you know when you’re getting bluffed?

First let’s point out that most agents don’t have a clue about bluffing.  If they get a listing, they will employ the typical 3P marketing plan (Put a sign in the yard, Put the lockbox on, and Pray) and wait to process your order.  These agents will be out of the business shortly.

The second group are the Shut-Down listing agents.  They won’t answer their phone, won’t tell how many offers, no price coaching, etc. – they just expect you to fly blind. I saw one agent remark in his listing that they were “overwhlemed with calls, send emails only.”  It is such a turnoff that many buyers will give up in this post-frenzy era, rather than offer into a black hole.

The minority of agents who will tell you about other offers are the professional salespeople.  They understand that it is in their seller’s best interest to bring transparency to the process for buyers:

3.  The listing agent’s job is to procure higher prices, and easier closings.

If you come across a house listed by an agent who will tell you how many offers are in, and some guidance about price – it’s natural to wonder whether or not it is legit.

You will probably never know for sure if a listing agent is bluffing – and I’ve never caught anyone red-handed.

But let’s make some assumptions about who isn’t bluffing:

1.  Inexperienced agents – hard to pull off under questioning.

2.  Old tired agents – they don’t have the time or energy.

If you conduct a simple check of an agent’s sales history and time in the business, you can pinpoint whether they fall into one of these categories.

The other thing to do is to insist on getting them on the phone, or seeing them in person.  The theories vary on what body language signals a bluff, so trust your gut – it’s probably all you got to go on!

Wifey thought that this message would be a turnoff to potential sellers who would forget about listing their home with me, and instead run off and find a less-informed agent who tells them the market is all blue sky and sunshine.

But I’m going to play it anyway, and hope that realistic sellers hear it the way it is intended – that the market conditions are healthy, but not frothy enough that you can put any price on it and expect your home to sell.

Others have commented here in agreement that if the current sellers would just lower their prices 5% to 10%, they would find buyers. Hopefully the media will fire out more mis-guided soundbites to assist with the process (once we get past tomorrow’s dated Case-Shiller Index).

The market looks healthy – no rush of new listings lately, and new pendings have increased the last two weeks:

Let’s keep an eye out for new pendings over the next few weeks as a gauge of how much gas is left in the market’s tank:

You can tell that this camera has an auto-adjust feature to increase exposure – look at how much light is coming through the windows.  The house was darker in person:

The latimes.com featured celebrities who have turned to flipping houses:

This is today’s entry-level special for Carmel Valley (this is the seventh-cheapest listing out of 113 houses for sale in the 92130):

Hat tip to MF for sending this in:

Fort Worth officials say the city has ceased all demolition operations until it can figure out how two buildings that were not supposed to be demolished were torn down by a contractor despite city oversight.

“It was human error,” said Fort Worth spokesperson Bill Begley. “There were two different types of human error.”

From Nick at the wsj.com – an excerpt:

Minimovies and Hollywood-style trailers complete with scripts, musical scores and even action sequences are cropping up as a new way to pitch pricey homes and condominium buildings. According to the National Association of Realtors, 14% of sellers used video to help sell their homes in 2012, up from 9% five years ago. Mr. Hahn, the director and CEO of Film House, said he shot his first real-estate minimovie in September of last year. He has since shot nearly 10, doing about one a week since June.

Real-estate agents and developers who commission the films say that perfectly lighted rooms and aspirational story lines help grab buyers, and are the next extension of a home-buying experience that has increasingly gone online. Budgets for such films are often a percentage of the home’s listing price, and can range from a couple thousand dollars to $1 million or more for large-scale productions marketing condo buildings. The cost is paid either by the listing agents or sellers, and sometimes split between them.

“Particularly when buying high-end houses, people really don’t want to spend time looking,” said Tom Patterson, the 4,000-square-foot condo’s listing agent. “The video shows it in a much stronger light [than photos] and with a little story for it, it adds a little emotion.”

Movie making is particularly popular in slower-selling markets. Though sales are picking up, homes in Nashville priced over $1 million still typically take a year or more to sell, said Anne Nilsson, a Nashville-based agent. She and partner Keith Merrill commissioned Mr. Hahn to create his first real-estate minimovie last year, a three-minute film depicting an actor following a series of clues on Post-it Notes through a 6,000-square-foot Southern Colonial-style home, leading to an actress playing his daughter, grinning as she shows him a Harvard acceptance letter.

“I called my husband into my office in London and said, ‘take a look at this’,” said Judy Neal, a retired directors’ representative, who said she liked how the video emphasized the home’s estate-like feel and walkable, in-town location. She and her husband flew over to see the home and wound up paying $1.435 million for it.