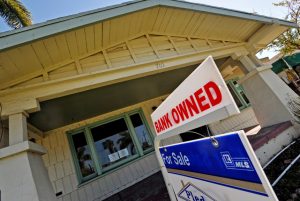 The foreclosure rate of loans originated over the last few years has been LOW!

If the strict underwriting continues, we will only see an occasional foreclosure from now on.  We’ll be telling our grandkids about how back in the day there was this guy who ran a video-cam through hundreds of them! 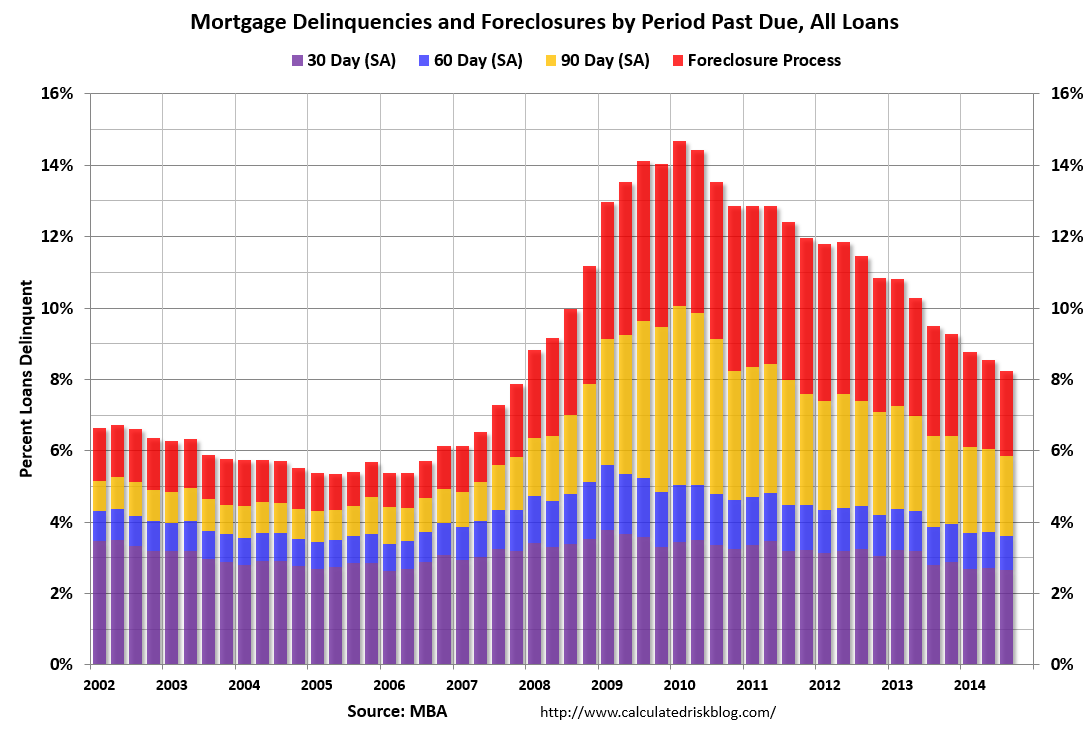 The decline in foreclosures continues, but the pundits and media don’t really look into it much further.  Here is the best quote they could come up with in this article, linked below (hat tip to Stormin’):

“We have now registered two and a half years of continuous decreases in the number of homeowners who are in some stage of the foreclosure process. This consistent decline means fewer Americans are experiencing the distress of delinquency and default,” said Anand Nallathambi, president and CEO of CoreLogic.

The foreclosure notices and the number of properties actually foreclosed have dropped considerably in San Diego County.

We have had 1,500 to 2,207 notices sent out per quarter over the last 12 months, but only 450-610 properties foreclosed per quarter.  The big gap makes you think that the banks/servicers are still throwing loan mods at anyone who wants one, and cancelling any notices soon thereafter.

The mid-range market isn’t getting much help from defaulted properties – here’s a look at last month’s foreclosure notices sorted by home size and their estimated value:

The foreclosure era is winding down, and around the North San Diego County Coastal region, the overall impact has been less than imagined – let’s recap the counts of distressed-sales:

Short sales have had more negative impact on average pricing than REOs lately, mostly due to realtor fraud:

Hopefully this embarassing chapter in realtor history will be over soon.

Back in the old days there were 100-500 foreclosures per year in SD County:

We’ve already had 1,504 properties get foreclosed in the first half of 2013, so historically we’re still at elevated levels.

But with the county averaging 3,000+ total sales per month, lenders will be able to sprinkle in a couple of hundred REOs each month without affecting values much.  In addition, flippers will keep doing their share; selling a similar amount of properties for retail-plus.

Lenders must be feeling comfortable at these levels, because the number of total notices were almost identical for the last two quarters. The Notices of Trustee Sale were down 52% Y-O-Y:

Hat tip to Ken for sending in this article from Forbes:

An excerpt that suggests one reason why prices are going up:

In some cases banks are choosing to hold onto distressed assets longer, hoping to minimize losses on homes by artificially tamping down distressed inventory levels now. So when a home comes available in a foreclosure sale, the lender may choose to repossess it as a future REO than part with it during an auction.

In states like Arizona, that repossession is logged at the value of the mortgage — a “sales price” that may very well be higher than the actual market value of the property, according to Ingo Wizner, president of real estate research firm Local Market Monitor.

Around SD County, it appears that more borrowers have started making their payments.  The number of SD filings has dropped off almost by half, Y-O-Y:

Regardless whether the shortage of distressed properties is due to more borrowers now making their payments, increased legislature, or a deliberate shift in banking policy, the foreclosure spigot has slowed to a trickle.